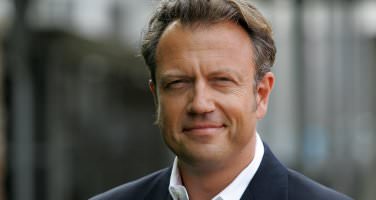 Norbert Ommer studied piano and clarinet in Cologne followed by studies of music and telecommunication engineering at the Robert Schumann Hochschule in Düsseldorf where he graduated as image and sound engineer.

Already during his studies, he worked as a freelance radio and television sound engineer.

Starting in 1990 to this day, a regular co-operation began with the Ensemble Modern as director of sound - becoming shareholder in 1997 - and at the same time with the WDR (West Deutscher Rundfunk) Big Band and since 2014 with HR ( Hessischer Rundfunk )
HR Big Band and symphony orchestra.

In November 2002 Norbert Ommer was awarded the “Golden Bobby”. For the first time, this price was awarded by the VDT (Verband Deutscher Tonmeister) for outstanding accomplishments in sound design and sound direction.

In October 2004 he received the Echo Klassik award together with the Ensemble Modern.

Early 2003 he began working with the Berlin Philharmonic Orchestra under the direction of Sir Simon Rattle, a collaboration that continues until today.

Also in December 2003 he began his work as lecturer for sound directing at the International Ensemble Modern Academy and Hochschule für Musik und Darstellende Kunst in Frankfurt am Main and is conducting seminars for sound design in Tokyo for Tokyo Wonder Site and in Schwaz/Innsbruck for Klangspuren ever since 2005.
Starting with the summer semester 2019 he is teaching at the Hochschule der Künste in Berlin.