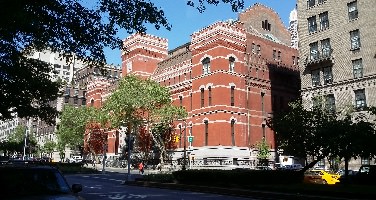 The Armory is one of America's finest landmarks, combining a rich social and military history with an extraordinarily ensemble of
19th-century period rooms.
The New York City Landmarks Commission has described the Park Avenue Armory's magnificent interiors, designed by masters of the American Aesthetic Movement, as "the single most important collection of 19th-century interiors to survive intact in one building?, while the expansive drill hall is considered an important monument in the history of American engineering. Completed in 1881, the Armory served as a military, cultural and social center for the Regiment as well as New York society of the Gilded Age. 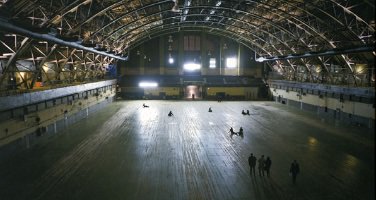 Part American palace, part industrial shed, Park Avenue Armory is dedicated to supporting unconventional works in the visual and performing arts that need non-traditional spaces for their full realization, enabling artists to create and audiences to consume epic and adventurous presentations that can not be mounted elsewhere in New York City.

In 2006, the Armory opened its doors to visionary artists, directors, and impresarios who have provided extraordinary experiences in a range of art forms which led to the New York Times proclaiming that "Park Avenue Armory... has arrived as the most important new cultural institution in New York City." 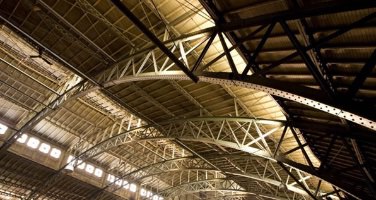 Reminiscent of the original Grand Central Depot and the great train stations of Europe, the Wade Thompson Drill Hall comprises 55,000 square feet of open, un-columned space, making it one of the largest unobstructed spaces of its kind in New York.
Its 80-foot-high barrel vaulted roof or "balloon shed" is the oldest of this scale in America, featuring eleven elliptical wrought iron arches designed by Charles Macdonald. Before the Armory current phase as a cultural institution, the soaring drill hall was home to many major events, including the May Music Festival in 1881 with an orchestra of 500 and a chorus of 1.200 conducted by Leopold Damrosch a full Wagner program conducted by Theodore Thomas in 1882 fantastically themed balls of the 1920s and 1930s and the Commonwealth Society Ball attended by a young Queen Elizabeth II. 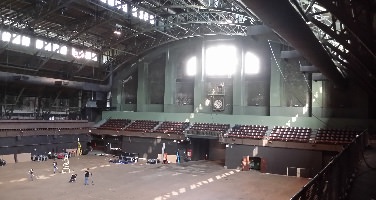 In 2007, Park Avenue Armory began a comprehensive renovation and restoration of his historic building, which had been named one of the "100 Most Endangered Historic Sites in the World" by the World Monuments Fund in 2000. As envisioned by architects Herzog & de Meuron, the multi-year project will advance the transformation of the Armory to house a new type of cultural institution dedicated to the creation and presentation of visual and performing art that cannot be realized within the limitations of traditional performance halls and white-wall museums. 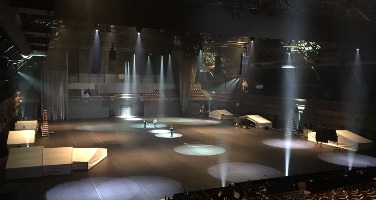 One of Europe's most eminent and influential composers, Louis Andriessen creates music that is marked by the combination of forward propulsion, sparseness, and clarity from large blocks of sound to minimalism.
But there is nothing minimal about DE MATERIE, starting with its all-encompassing theme: the relationship between matter and spirit. 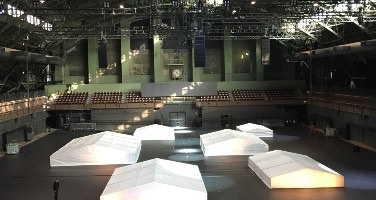 As much a series of visions as a piece of music theatre, this monumental masterwork is staged by visionary director Heiner Goebbels in a highly-imaginative production with stunning visual imagery to help convey its meaning, with references to Mondrian and Madame Curie as well as floating zeppelins and a flock of sheep.
The International Contemporary Ensemble (ICE) under the direction of Peter Rundel takes on the sonically varied score, ranging
from early Renaissance, to the jazz-tinged roaring 20s, to contemporary music of today. The vastness of the Wade Thompson Drill Hall is the perfect setting to fully realize this rarely-staged work, which premiered more than 25 years ago and only now makes its highly-anticipated North American stage premiere. 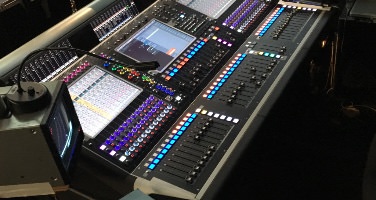 ABOUT THE ELECTROACOUSTIC SET UP

The sound design was executed by Stefan Holzt and Norbert Ommer. They where also working together at previous projects like the Ruhrtriennale. 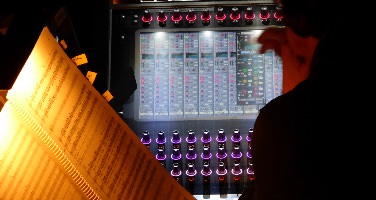 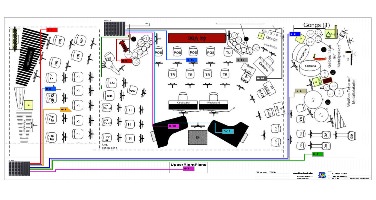 The soundboard was a DIGICO SD7T with two racks, one fixed and the other movable with the orchestra stage.

For reverberation a LEXICON 960 was used. 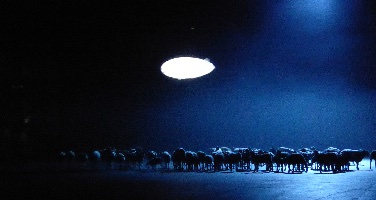 The sound direction was performed by Norbert Ommer. 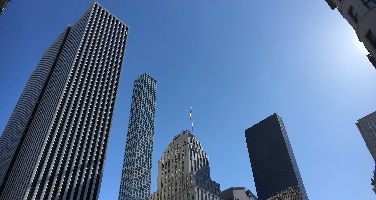